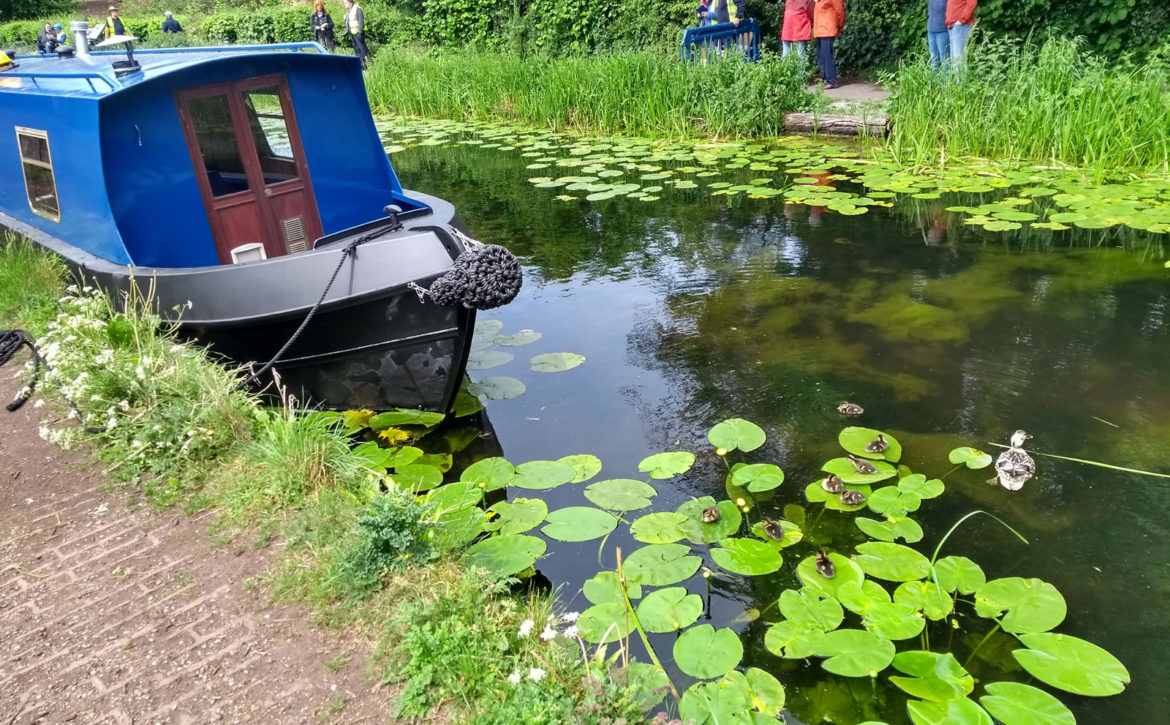 Newport Town Council wanted to show Newport Canal off this Summer, not only as a green open space to be enjoyed by residents & visitors, but also to remind us of a little bit of our town’s history.

Boats once sailed down the canal to collect and deliver goods. The canal is post medieval and delivered bulky goods like coal to Newport’s growing community’ (Coal was one of the most important goods delivered, the canal reduced the cost of transport and so made coal cheap enough for many more people Newport has not had a working narrowboat on the ater since the 1940’s Newport Town Council have been kindly loaned a Narrowboat from Norbury Wharf for an exhibition during the summer of 2022.

On Thursday 19th May 2022, A Narrowboat was craned onto an HGV at Norbury and transported to Newport Canal where it was craned off the HGV onto Newport canal and moored in Newport Canal Basin, the launch was observed by many jubilant spectators who enjoyed the momentous occasion.

Helen Barker June 28, 2022
Read More
We use cookies on our website to give you the most relevant experience by remembering your preferences and repeat visits. By clicking “ACCEPT ALL”, you consent to the use of ALL the cookies. However, you may visit "Cookie Settings" to provide a controlled consent.
Cookie SettingsREJECT ALLACCEPT ALL
Manage consent

This website uses cookies to improve your experience while you navigate through the website. Out of these, the cookies that are categorized as necessary are stored on your browser as they are essential for the working of basic functionalities of the website. We also use third-party cookies that help us analyze and understand how you use this website. These cookies will be stored in your browser only with your consent. You also have the option to opt-out of these cookies. But opting out of some of these cookies may affect your browsing experience.
Necessary Always Enabled
Necessary cookies are absolutely essential for the website to function properly. These cookies ensure basic functionalities and security features of the website, anonymously.
Functional
Functional cookies help to perform certain functionalities like sharing the content of the website on social media platforms, collect feedbacks, and other third-party features.
Performance
Performance cookies are used to understand and analyze the key performance indexes of the website which helps in delivering a better user experience for the visitors.
Analytics
Analytical cookies are used to understand how visitors interact with the website. These cookies help provide information on metrics the number of visitors, bounce rate, traffic source, etc.
Advertisement
Advertisement cookies are used to provide visitors with relevant ads and marketing campaigns. These cookies track visitors across websites and collect information to provide customized ads.
Others
Other uncategorized cookies are those that are being analyzed and have not been classified into a category as yet.
SAVE & ACCEPT